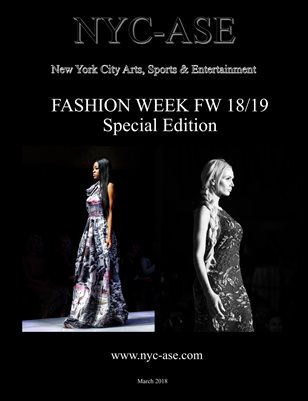 Caylee Cowan was warmly welcomed during her visit to New York City last week with a photo shoot set up
by yours truly, friendly urban art photojournalist, Nitro Nuri Shakoor, and thanks to the assistance and creative vision of fellow photographers Joe Amato, Jorgie Ostolaza, Ktodoma Igor, Alex Pichardo and Evan Saucier. The shoot was a major success in capturing what we'd had in mind when first meeting Caylee the day before, when she agreed to shoot with us. The presentation of these photo galleries is our way of saying, thank you very much, Caylee, for helping us create art. Collaborating with like minded artists and photographers is always a rewarding experience. We did a total of three shoots in two days. We tried to schedule a fourth shoot in Brooklyn, but we will save that for her next visit to New York. It was a pleasure working with Caylee and a great team of photographers, who helped make magic happen.…
Read more

Several New York City bar athletes were out on 21st street and Hoyt Ave in Astoria for the christening of the calisthenics park and outdoor gym underneath the Robert F. Kennedy Jr Bridge in Queens , also known as the Triboro Bridge, connecting Queens, Manhattan, and the Bronx.

Located near Astoria Park, the new outdoor gym is equipped with pull-up and push-up bars, a Bosu apparatus, stretching station, plyometric & step-up station, dip bars, ping pong tables, a small track, and volleyball courts. The calisthenics section is truly designed for strength and muscular endurance training. The outdoor gym in general offers a low-key area perfect for training devoid of the many distractions associated with the other outdoor training locations within the two block area. There are many fitness professionals and enthusiasts who frequent the parks in the neighborhoods around Astoria park and the Triboro Bridge, who will find this outdoor gym very useful and practical in design. Right aro…
Read more

Hip Hop In The Park 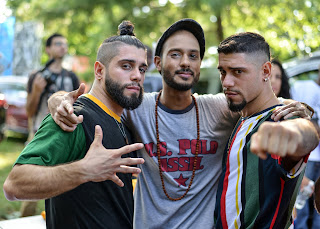 Hip Hop In the park was made possible by Socrates Sculpture Park Director of Public Programs Audrey Dimola and was free to the public.

From the event's press release:

'Presented by Ralph McDaniels. Produced in collaboration with LionFox Events and Post No Bills. A community-oriented day of DJs and emceeing, dance performances, food, art-making, and local legends! For the second summer in a row, Socrates partners with pioneering VJ/DJ Ralph McDaniels, founder and host of Video Music Box and Hip Hop Coordinator at the Queens Public Library, to celebrate the impact and positive evolution of hip hop culture with a day in the Park. Local legends The Disco Twins …
Read more