A seminar on domestic violence and immigration measures taken in case of spousal sponsorship, where said spouse is violent, held at the Brazilian Consulate in NYC. The panel had several guests, including Brazil's top model turned activist, Luiza Brunet, as well as attorneys advising on the abused's legal rights, including Peter Cedeno, former ADA for the NY County District Attorney's office and Michelle Viana, of Viana Law Firm P.C.,  plus representatives from Safe Horizons and Hope's Door. This is a vital subject matter, bringing to light and de-stigmatizing a phenomenon that has festered in darkness from generation to generation, where shame was accepted and no support was offered because it wasn't a subject for discussion, even from mother to child, strictly along the female genetic tree. Today's seminar was about highlighting the still existing abuse, and outlining actual measures of regaining control of one's life, as well as reiterating that abuse can happen to anybody, and it's not about self flagellation, but rather, about recognizing that you are in a dangerous and dysfunctional situation and actively seeking solutions.  New York City Arts and Sports was glad to be a part of this initiative, and hope it gains a lot more exposure and recognition.

Video clips from the event. 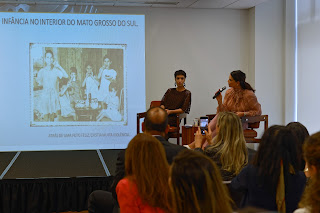