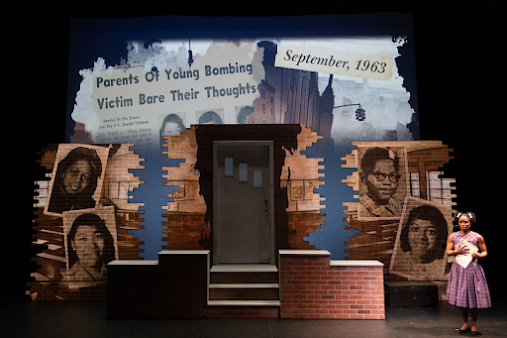 The piece looks at one young woman’s journey of self-discovery at the onset of the Civil Rights era. It chronicles the misadventures of bright-eyed, brown-skinned Jacqueline Marie Butler, whose sudden transfer from a protective, middle-class upbringing in 1950s Queens to a progressive, predominantly Jewish private school in Greenwich Village. Funny, poignant, and filled with life, all punctuated with the irresistible sounds of Motown.

Queens Girl in the World now plays at Theatre 5 in Theatre Row from April 10th to May 8th, 2022, Tickets are on sale now and can be purchased here: https://bfany.org/theatre-row/shows/queens-girl-in-the-world/

To view production photos by Julieta Cervantes, click the link below: